Reach thousands of prospects a month on the world’s largest professional network
in 1/2 hour a day! 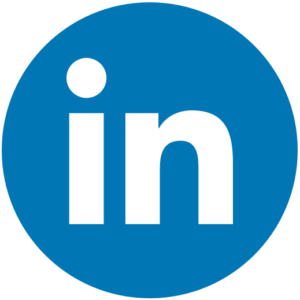 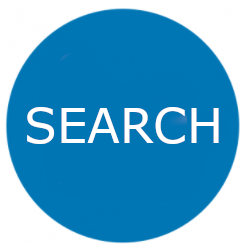 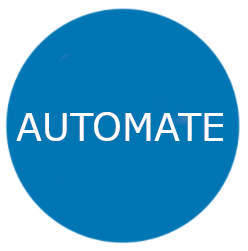 Automate Messaging and Timeline. Track and Respond Personally in 1/2 Hr/Day. 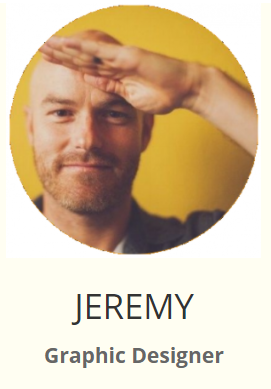 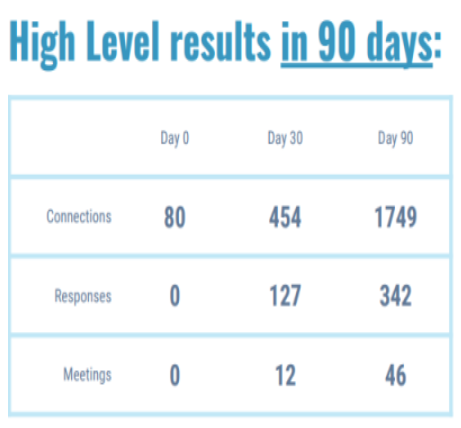 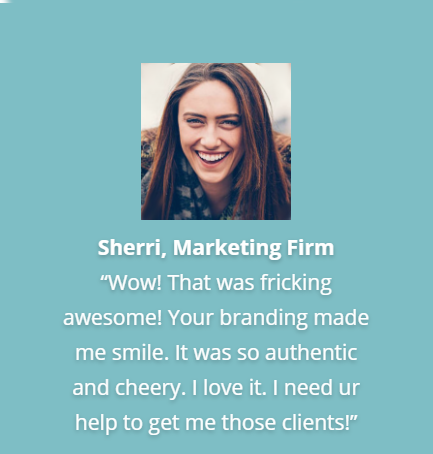 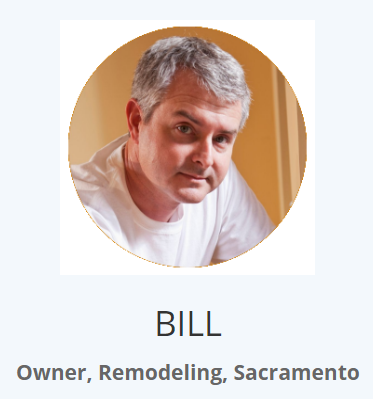 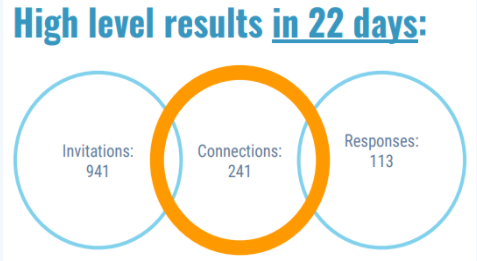 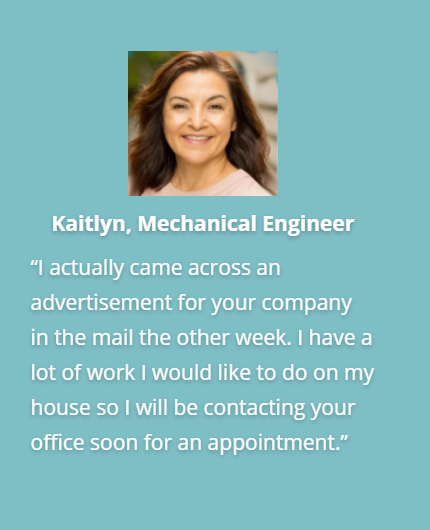 LinkedIn is a powerful channel for establishing thought leadership, an inevitable part of a marketer’s digital strategy, and a nearly inexhaustible source of long-form, high-quality content. Let’s see how all of this translates into numbers by analyzing the statistics listed below.
If you don’t know this fact: LinkedIn was started as a Job Search platform and is still strong in that area.

LinkedIn had 100,000 members a year after it was founded.
LinkedIn has 303 million active users per month, 40% of which visit it daily.
77% of recruiters are on LinkedIn.
90% of LinkedIn members use Facebook.
27% of Americans use LinkedIn.
45% of LinkedIn users earn $75,000 per year.
33% of millionaires use LinkedIn.
LinkedIn’s second-largest user base is in India.
More than half of all LinkedIn traffic comes from a mobile device.
In 2016, Microsoft acquired LinkedIn for $27 billion.
LinkedIn is the 25th most popular site in the world.

LinkedIn User Statistics
LinkedIn is one of the fastest-growing social media networks. On average, two people create an account on this platform every second. Coming from LinkedIn’s About page, the platform sees 172,800 new users every day and about 62 million new users every year. Check out the following statistics to learn more about the platform’s user base.

1. LinkedIn now has over 800 million members.
Due to the network’s rapid growth, a common question is, How many LinkedIn users are there? In 2017, the platform celebrated expanding its user base to half a billion members. Two years later, the largest professional network in the world had over 610 million members.

2. In 2011, there were 640 million professionals, and 135 million of them were on LinkedIn.
Based on these figures, roughly one-fifth of all professionals were using LinkedIn.

3. LinkedIn has 353 million active users per month, 40% of which visit it daily.

On the other hand, when it comes to the platform’s daily visitor count, around 151 million users visit the site daily.

Last year, the results were slightly different. LinkedIn retained its place as the leading social media platform of choice for Fortune 500 companies (92%). However, it shared the lead position with Facebook (92%). Twitter dropped to third place (79%), while the least popular network among Fortune 500 companies was YouTube (38%).

LinkedIn stats from 2018, compared to 2013’s findings, show an increase of 18 percentage points (at 73.07%) when looking at the number of companies with a LinkedIn page.

8. Job seekers spend up to 30 minutes a day on LinkedIn.

Unlike the average LinkedIn user, those looking for a new position spend anywhere from 20 minutes to half an hour on this professional network every day. These LinkedIn statistics only prove that LinkedIn is a powerful job searching tool among heavy, moderate, and casual job seekers alike.

9. 39% of LinkedIn users are Premium (pay for extra connection requests, saved searches)
The percentage of premium LinkedIn users currently stands at 39%, while 61% of members are still satisfied with the basic free accounts.

13. 44% of all LinkedIn users are women.
While there are slightly more male users overall, this stat shows that men and women more or less equally use LinkedIn. About the same goes for social media in general. Facebook’s audience is 43% female and 57% male. One of the networks where women represent a smaller portion of the user base is Twitter (34.5%), where roughly two-thirds of the users are male.

16. 33% of millionaires use LinkedIn.
The most popular social media channel among millionaires is Facebook (55%). LinkedIn ranks second, followed by YouTube (29%). Twitter isn’t that interesting to millionaires—only 12% uses this network.

18. 46% of the social media traffic visiting B2B company sites comes from LinkedIn.
This stat proves that LinkedIn is more than just a powerful job search tool. The network is also responsible for generating nearly half of all social media traffic to B2B sites.
Additionally, LinkedIn provides different tools for audience targeting, which is why website visits originating from LinkedIn are more likely to increase conversion rates on B2B sites.

19. More than half of all LinkedIn traffic comes from a mobile device.
As much as 57% of LinkedIn members use a mobile device to access the site. This stat explains why the LinkedIn app is ranked in the top five social networking apps in the App Store, and why it has nearly 1.4 million downloads from the Google Play store.

LinkedIn Profile Statistics
20. For 76% of LinkedIn members, Who’s Viewed Your Profile is the top feature on the site.
76% of users rank it as one of the most helpful features. People You May Know also ranks as one of the network’s most useful features (61%).

LinkedIn Content Statistics
Publishing content on LinkedIn has proved to be a very successful marketing strategy, as well as an effective way for authors to establish themselves as thought leaders among their peers. The audience is quite broad too. Just take a look at the number of LinkedIn users: 2018 ended with 590 million members, and only four months later, that number increased by more than 20 million. So by targeting the right audience and writing high-quality content relevant to readers, LinkedIn publishers can gain a lot from posting content on this network.

Now, let’s take a look at some of the essential LinkedIn content stats.

What’s interesting among these LinkedIn statistics is that the percentage of marketers who use LinkedIn as their main content distribution channel has increased from 94% in 2017 to 97% in 2018. Twitter, on the other hand, has seen a small decrease in this aspect. It was the top content distribution platform for 89% of B2B marketers in 2017, but that number has since dropped to 87%.

25. For 91% of marketing executives, LinkedIn is the top place to find quality content.
Other social media networks rank significantly lower as sources of high-quality content. Only 29% of executives see Twitter as a leading platform in this area, while Facebook has an even smaller audience among content distributors (27%). These other social platforms represent quite a contrast, considering LinkedIn stats like these.

26. 36% of LinkedIn users rely on their LinkedIn feed to get the latest news.
If we look at social media channels only, Facebook, Twitter, and LinkedIn are the top three choices for staying up-to-date with the latest news, according to a 2016 survey. The majority of internet users (76%) rely on their Facebook feeds for news. Twitter is the second most popular option among social media users (41%), while for 36% of users, LinkedIn is the place to go for the most recent news.

Even though LinkedIn ranks third on this list, the percentage of users who use their LinkedIn feeds for getting fresh content from the internet has increased from 16% in 2014 to 36% in 2016. So is LinkedIn still popular? The answer is yes.

27. In 2016, LinkedIn users published 130,000 posts a month.
LinkedIn has established itself as one of the leading platforms for publishing and finding top-quality content. The network is also known for featuring long-form content, and over the years, LinkedIn members have become more active in producing it.

28. Only 3 million LinkedIn users share content on a weekly basis.
The number of LinkedIn members who publish their content weekly sits at 3 million, indicating that the publishing rate on LinkedIn is rather low. The LinkedIn growth trends we’ve explored at the beginning of this piece showed a 610+ million user base. If only 3 million members publish content weekly, that’s 0.5% of LinkedIn’s global user base. Even if we considered LinkedIn’s monthly active users only, the percentage of people publishing on this platform would be 1.15%—which is still low.

With all the potential LinkedIn publishing tools and the platform’s wide audience base, there aren’t many reasons, if any, not to post on the top professional network.

LinkedIn’s Vision – CEO Jeff Weiner wants everyone to be on LinkedIn.
In one of his earlier interviews, Jeff Weiner shared his vision of getting everyone on LinkedIn. However, his vision didn’t focus on increasing the network’s user base, but rather on finding jobs for every user who joins. Jeff’s goal is to create economic opportunity for everyone in the global workforce.